In order to determine the behavior of a clock, it is necessary to compare it with another clock which is at least as stable as the first clock. The comparison of the time provided by remote clocks is called "Time Transfer"; it provides at each epoch the synchronization errors between the clocks. The comparison of the frequencies provided by remote clocks is called "Frequency Transfer"; it provides the evolution of the synchronization errors between the clocks (it is the derivative of the time transfer). The atomic clocks around the world are presently compared using two main techniques: Two-Way satellite time transfer and GNSS time and frequency transfer. The Royal Observatory of Belgium concentrates a part of his research to the GNSS time transfer, i.e. the comparison of remote atomic clocks using atomic clocks of the GNSS satellites as reference. 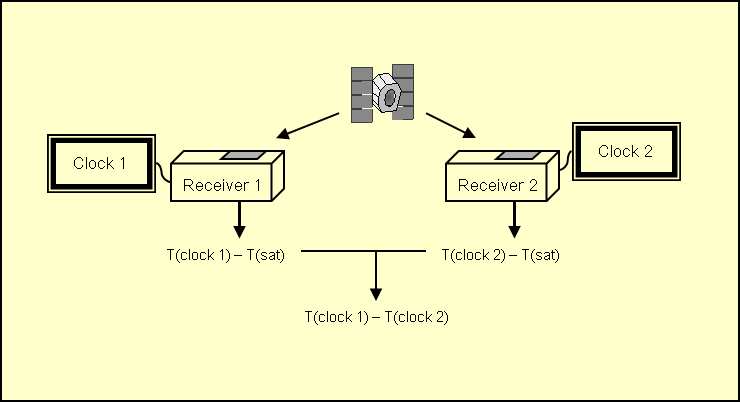 The goal of our research is to use the GNSS signals in an optimal way in order to improve both the precision and accuracy of the clock comparisons.

The precision is mainly given by the precision of the GNSS carrier phase measurements. These data must however be corrected for all perturbations (troposphere, ionosphere, multipath, hardware delay variations) with the highest possible precision. Any uncorrected (or bad-corrected) error of the GNSS signal would be transferred on the computed clock synchronization errors, and the clocks could then not be correctly compared. A software was developed at the ROB for high precision time and frequency transfer using the Precise Point Positioning approach. See Atomium. Using this method, the atomic clocks can be compared with an uncertainty of about 0.1 nanosecond.

Using GNSS time transfer, the clocks of the time laboratory of the ROB are compared with other atomic clocks in the world and integrated to the computation of the Temps Atomique International (TAI) generated by the Bureau International des Poids et Mesures (BIPM) in Paris. 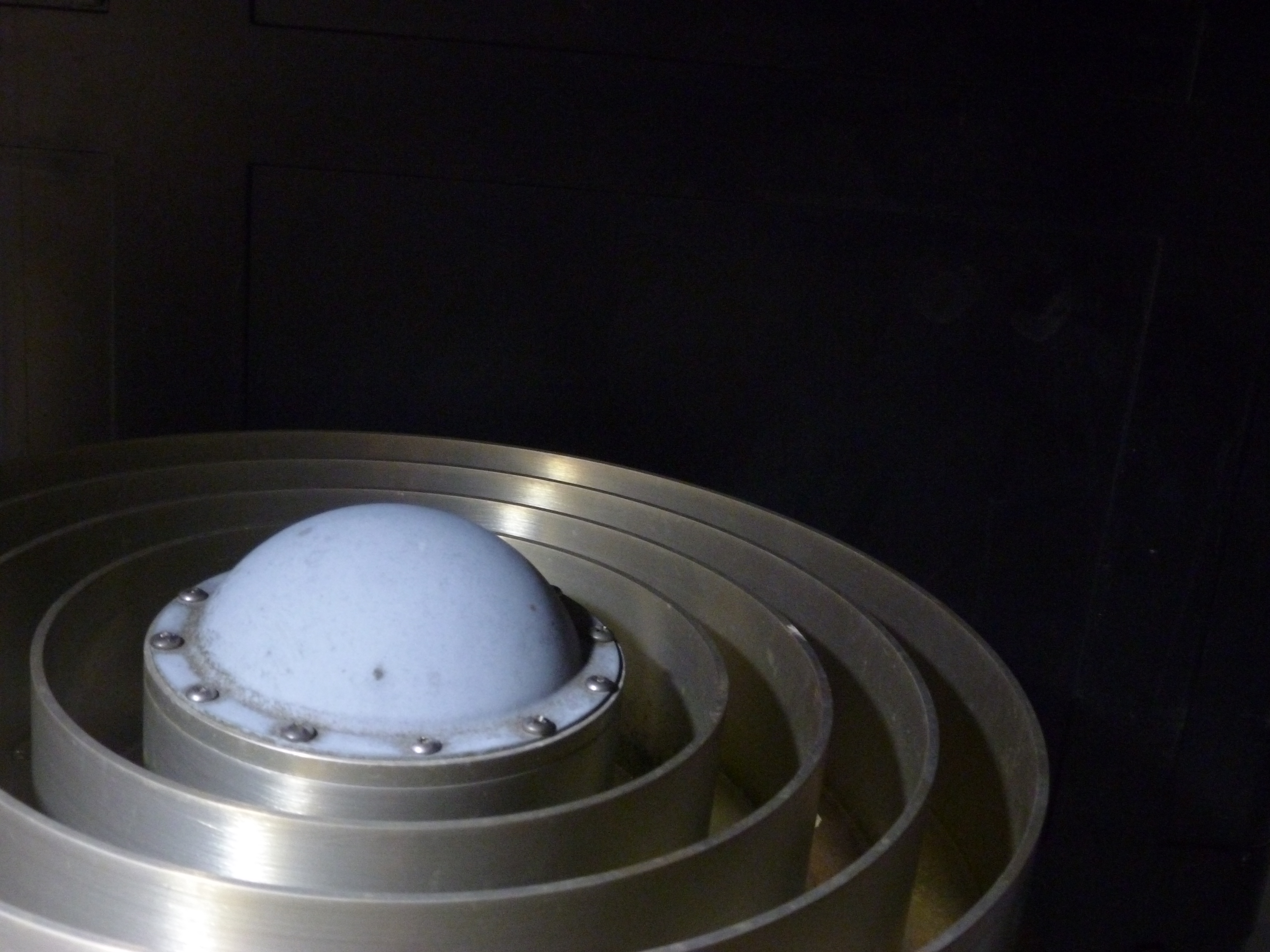 Close view of an antenna used for precise positioning and time transfert by GNSS satellite. 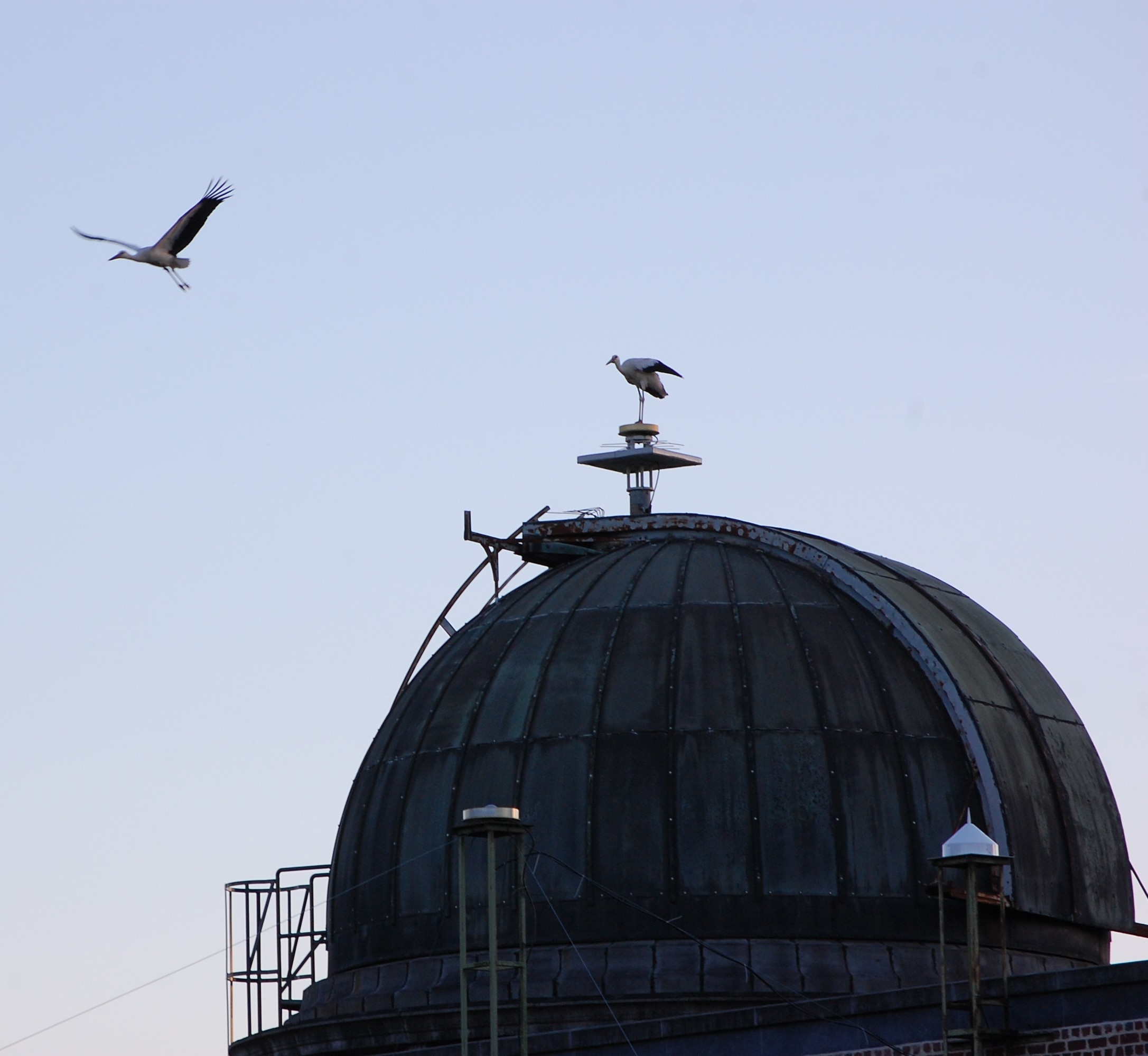 Master antenna used for time transfer and geodesy. This antenna is located over one of the domes of the Royal Observatory of Belgium.