Atomium is a software developped by the ROB for geodetic positionning and time transfer. Based on GNSS code and carrier phase measurements analysis, it was originally dedicated to perform Precise Point Positioning (PPP), but it can also perform GNSS based time and frequency transfer in Single Difference mode. The PPP procedure is fully described in (Kouba-Heroux 2001). It uses a least-square adjustment to estimate several parameters :

Atomium is based on the ionosphere-free combinations of L1 and L2 carrier phase measurements and P1 and P2 pseudorange measurements, named L3 and P3 respectively. The observation can be used at 5-minute or 30-second sampling rate. 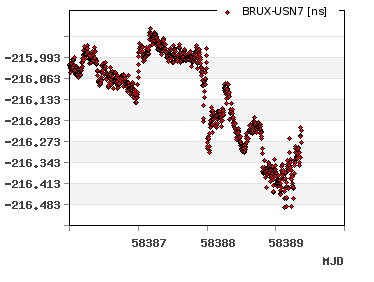