Monitoring of the Ionosphere and its Effect on GNSS

The scientists of the Solar-Terrestrial Center of Excellence (STCE) analyse GNSS observations in real-time to retrieve the total electron content above Europe and to detect abnormal ionospheric activity especially during geomagnetic storms. For example, the degradation of the "ionosphere-free" 5 minutes kinematic position repeatability during the October 2003 Halloween ionospheric storm was significant for stations in Northern Europe with outliers reaching 12 cm in the horizontal components, and 26 cm in the vertical component. 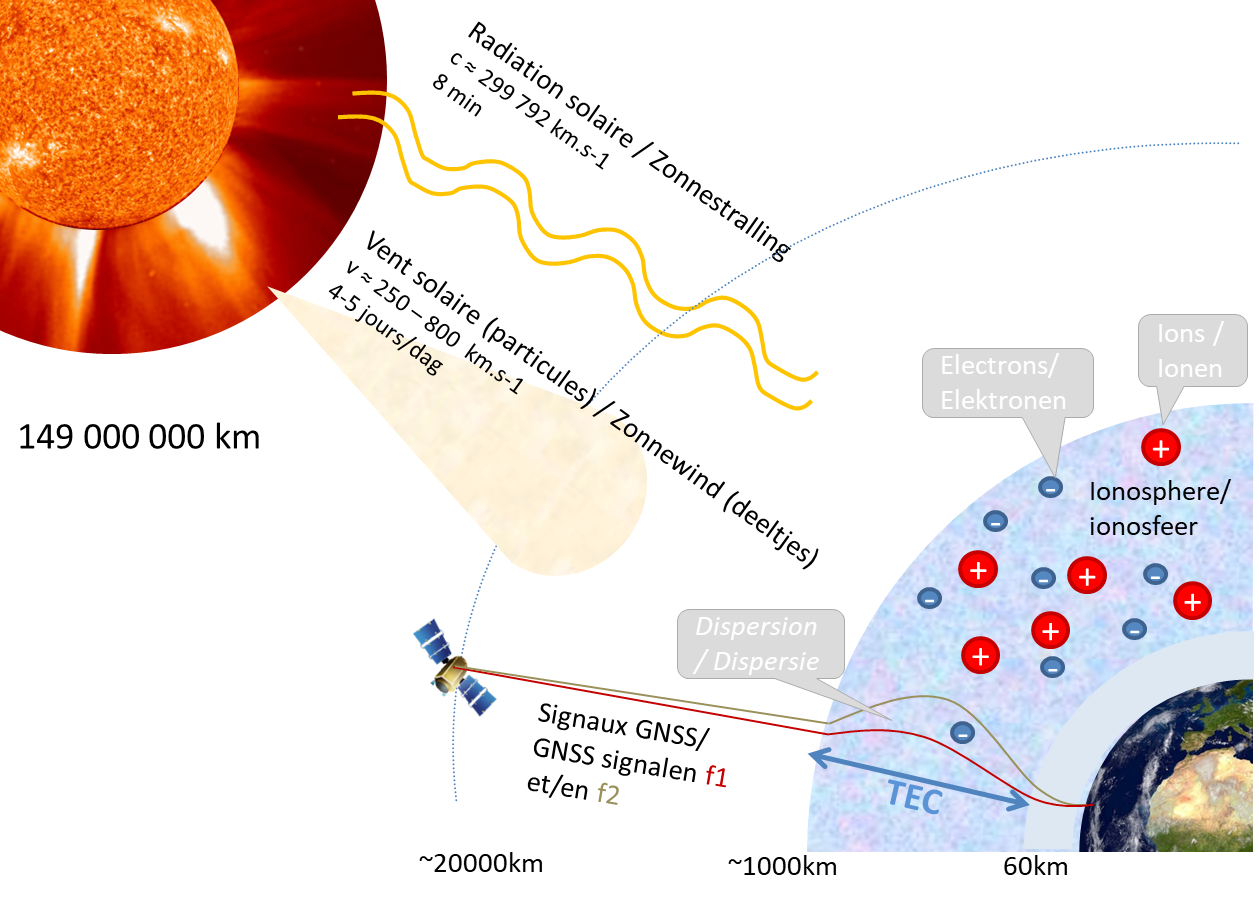 As ionospheric storms are more frequent with the solar maximum, kinematic GPS applications will be more affected. Hence the importance of having external information, such as TEC maps, is essential to increase the information about the ionosphere state and to prevent GNSS kinematic positioning users.

The team is also involved in the study of the impact of higher order ionospheric effects in very precise GNSS processing. The objective of this activity is to design an optimal strategy to remove 2nd order signal delays induced by ionospheric refraction which can constitute one important error source on GNSS measurements.

The correlation between solar parameters such as Sunspot Numbers and 10.7cm radio flux ionospheric and the Total Electron Content (TEC) in the ionsophere on a global scale is investigated. Such correlation, which can reach up to 0.95, is a new research topic which is fundamental to better understand the influence of the solar activity during the different stages of the solar cyle on the earth ionosphere with respect to the geographic or geomagnetic latitudes and/or seasons.

Additionnaly, the team is interrested in the impact of a solar radio burst on the quality of the GNSS signals reception.The carrier power to noise density (C/N0) observations of the GNSS receivers are affected during such events and can degrade the GNSS results. 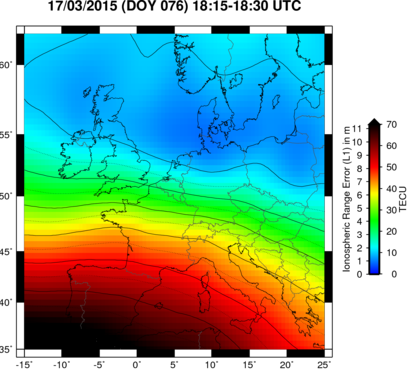 Map of the total electron content of the ionosphère. Case of a coronal mass ejection arisen on 2015 March, 17th 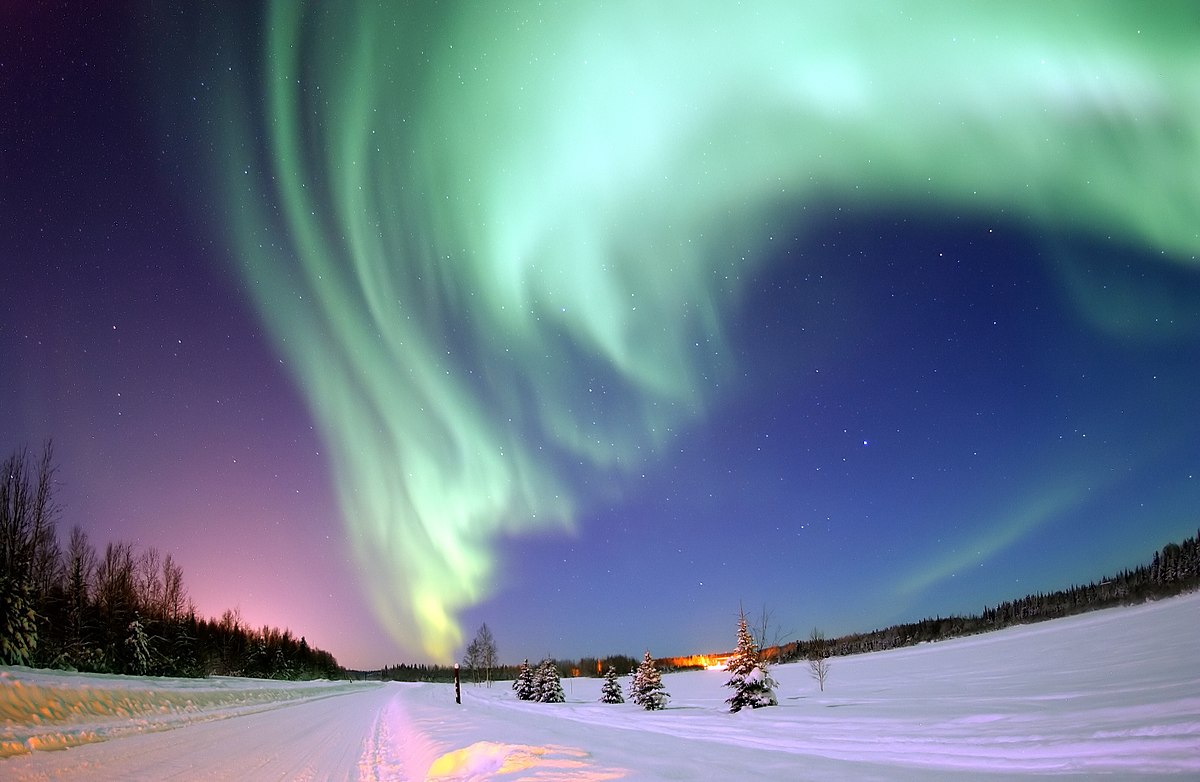 The aurora is an observable phenomenon from the ionosphere.