Definition of the second

Until the year 1960, the time standard (the second) was defined after the Earth rotation. The second was defined as a part (1/86400) of the solar day (time interval between two passages of the sun in the meridian of an observation site); since 1967, the second is defined upon the quantum properties of the atom cesium, improving largely the precision of the time unit.

It was already known by the astronomical community that the "Earth rotation clock" was not very stable as the observation of the stars showed irregularities. As the length of the day is variable, the second defined as a fraction of the day had also variable duration, which is inadequate for a measurement unit. However, no clock was able to generate a time scale more stable than the Earth rotation; the most precise determination of the time was obtained from the astronomical observations. The situation changed when the atomic clocks entered into the game. The scientific community has then been provided with a time standard whose stability is incomparably better than the Earth rotation. The second was then redefined by the 13th Conference Générale des Poids et Mesures, as 9 162 631 770 periods of radiation of the transition between the two hyperfine energy levels of the fundamental state of atom Cs 133. 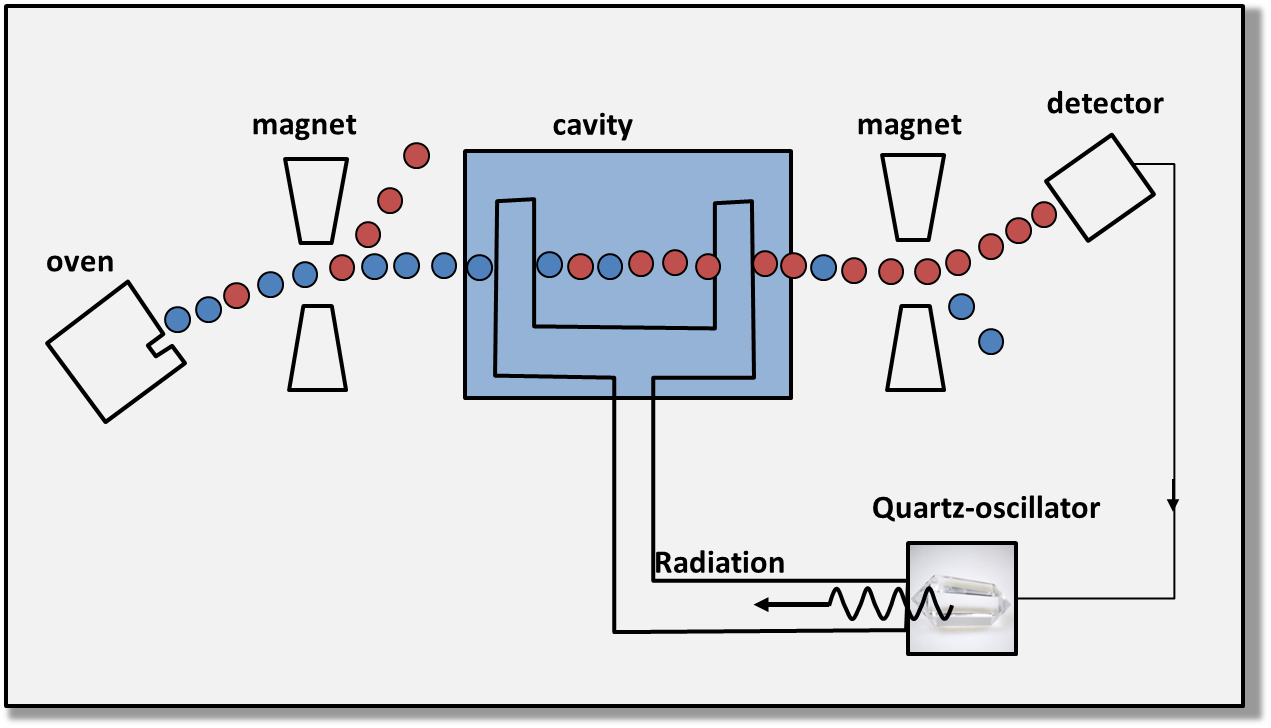 The principle of the atomic clock is the following. The atoms can be in different energy levels, corresponding to quantum states. To make a transition from one quantum state to another, an atom needs to receive a radiation whose the frequency is exactly the frequency of its transition. In the atomic clock, the frequency of the excitation is adjusted in order to get a maximum of atoms in the excited state, and the so-obtained frequency is used (by count of 9 192 631 770 cycles for the cesium clock) to generate the seconds (one pulse per second). 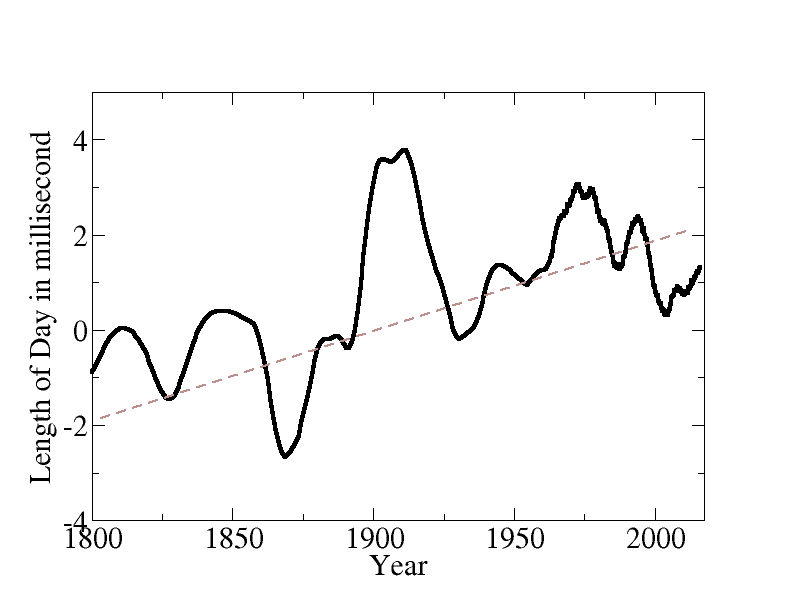 Variation of the year-averaged length of day in milliscond according to the observation. The ‘0’ reference corresponds a mean solar day of a (theoretical) year 1900.

Caesium atomic clock at the time lab of Royal Observatory of Belgium.