One of the missions of the Royal Observatory of Belgium is to integrate Belgium into international space and time reference systems through "determination of Time", and precise positioning. The time scales where the ROB is involved are: UTC(ORB), local realization of UTC, TAI (basis of the legal time) and IGS Time scale IGST (IGS is the International GPS Service), which is provided in quasi-real time.
As contribution to the TAI, the Royal Observatory of Belgium sends presently the data of 4 clocks (3 cesium clocks and 2 active Hydrogen Maser) to the BIPM. Furthermore, the ROB time laboratory contains all the instruments associated, and in particular the GPS receivers which are used for both the time transfer (remote clock comparisons) and geodesy. So, the ROB is one of the rare European stations to be included in both TAI and the IGS network.

The scientific responsibility of the ROB is to provide clock data as precise as possible to the BIPM. For this reason, our clocks are permanently monitored by a comparison of their behavior with respect to UTC(ORB). The clocks are located in temperature stabilized basements, where the temperature is stable at the 0.1°C level. The second is so realized with an accuracy of 2 10-12 and a long term stability (i.e. if neglecting the random variations on short term, less than one day), better than 10-15. 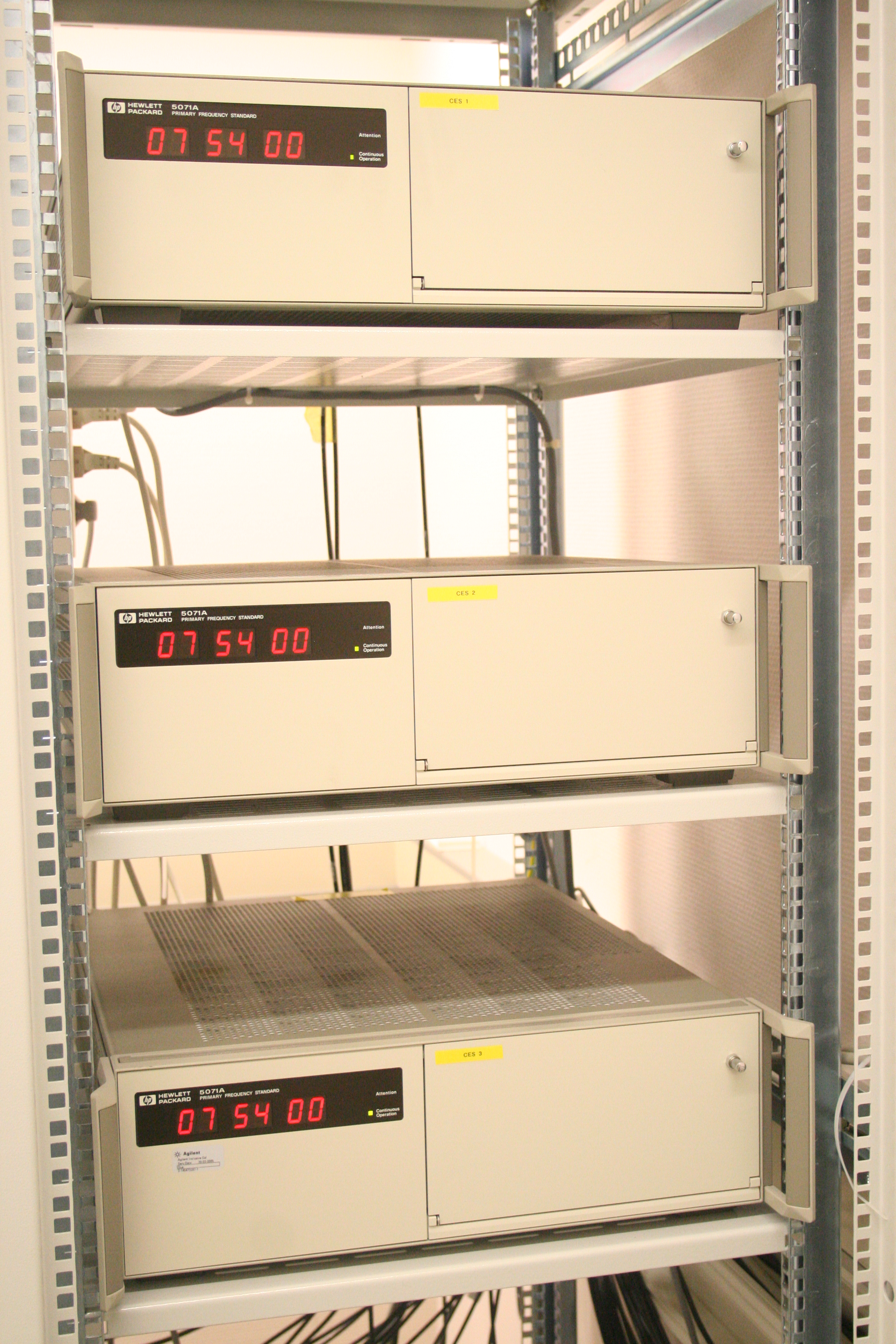 Picture of the three Caesium atomic clocks at the Royal Observatory of Belgium participating to UTC.