Among the studies developed at the Royal Observatory of Belgium, the exact time realization has a secular tradition. When the Observatory was born, the objective was indeed the realization of star catalogues from meridian observations; such a program imposed the installation of the best clocks available at that time and determinations of time as precise as possible. At the beginning of the twentieth century, new pendulums were installed in the basement specially designed for that; these rooms were maintained at stable temperature (with a stability of some tenths of degrees) and the clocks were attached to stone pillars knocked in the ground, and independent of the building.

The clocks, named “fundamentals” were 4 Rieffler pendulums, of which two maintained sidereal time and the two others maintained the mean solar time. The time was determined from meridian observations of stars, and the time was disseminated using telephone, in public locations as the harbourg of Antwerp, for example. Later, and until 1980, the time of the Observatory was used for synchronization of speaking clock as well as time signals emitted by the radio.

Near 1950, the first quartz clocks appeared, and other important technological developments followed in the frame of clocks as well as in the frame of remote clock comparisons. The ROB time laboratory evolved accordingly, installing the first quartz clocks in 1955, and the first atomic clock in 1968, together with the modern techniques for international clock comparisons (Loran-C since 1969, and GPS since 1984). 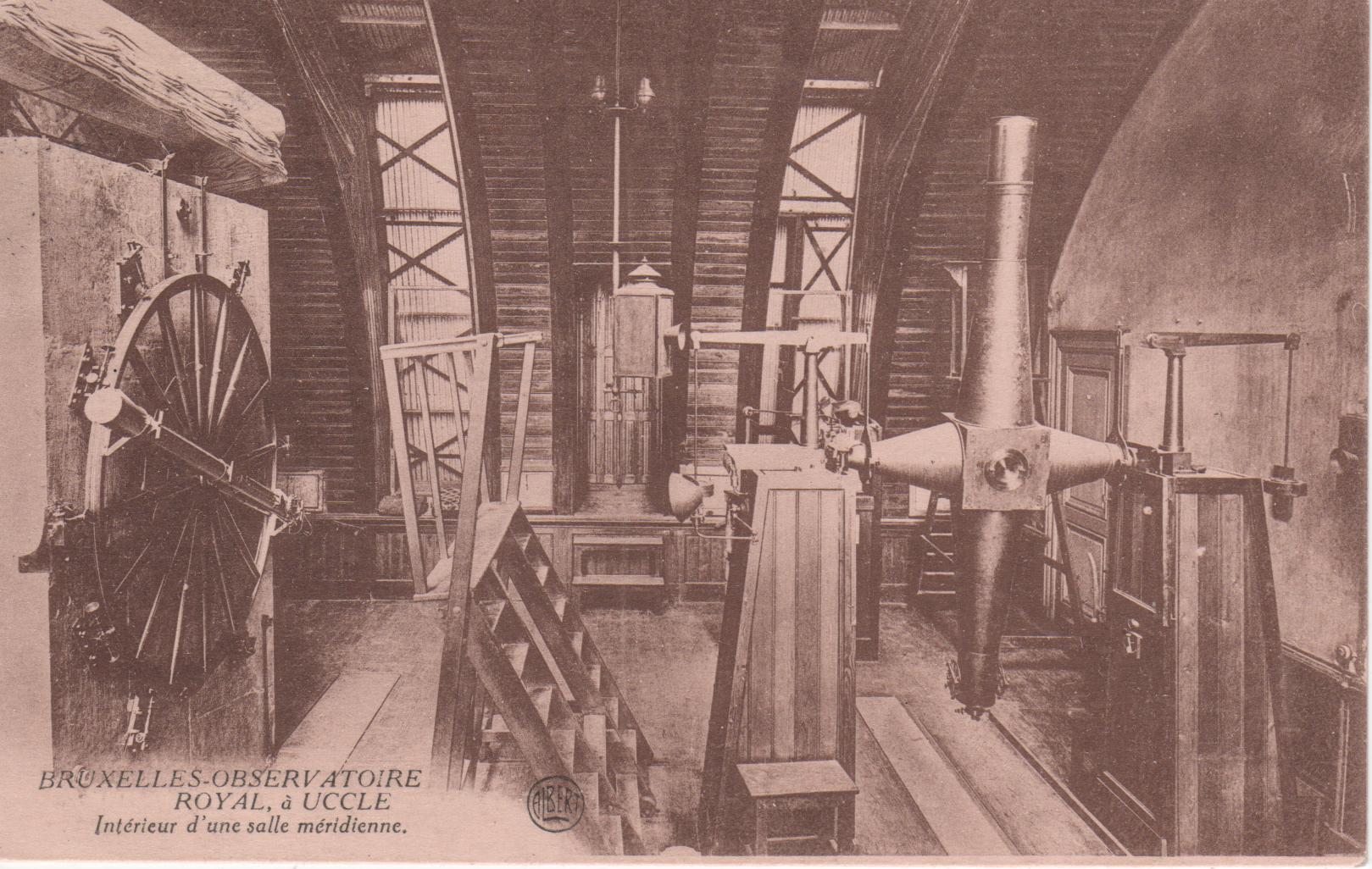 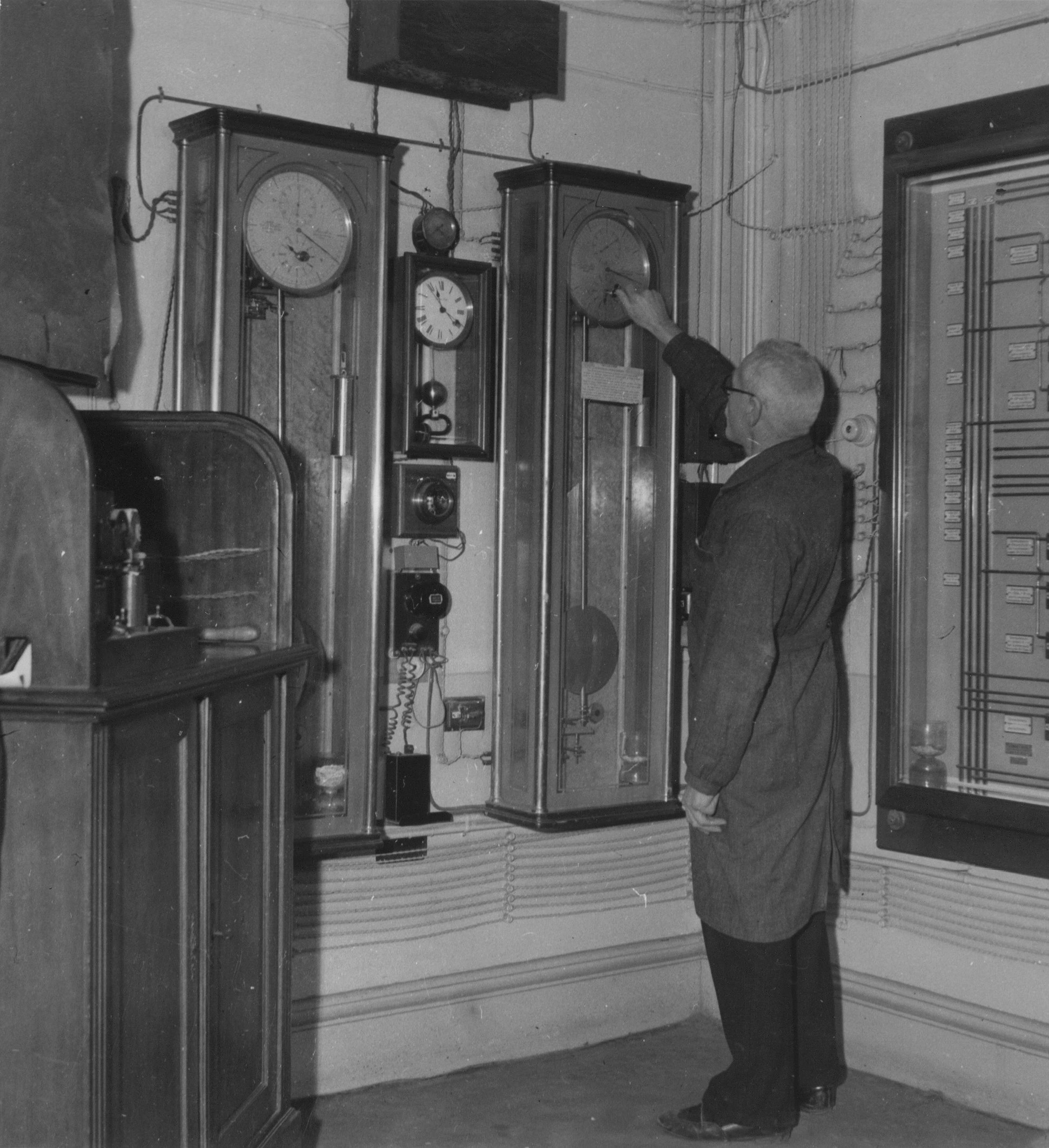