For Belgium, the most precise realization of the time (i.e. most closest to TAI) is performed at the Royal Observatory of Belgium. This time scale (UTC(ORB)) is based on the signal of one of our active Hydrogen Maser CH1-75A, of which the frequency is readjusted using in order to be stable with respect to UTC. Moreover, in order to control UTC(ORB), we compare each hour this clock with all the other clocks as well as with the mean of them, and we also monitor UTC(ORB) with respect to the time scale of the US Naval Observatory UTC(USNO) using the GPS common view technique, and the procedure developed at the ROB using the "ionosphere-free" combination of the precise codes of the GPS signal, and the rapid ephemerides provided by the IGS.

All the system is controlled by a computer. The monitoring is performed in order to keep a precision such that the difference between UTC(ORB) and UTC stays below 0.1 microsecond, according to the recommendation of BIPM. However in practice, we reach such a high stability that the difference between UTC(ORB) and UTC remains below 10 billionths of a second. Presently, the control system is able to detect any change in the signal, at short term as well as at longer term. The long term stability of UTC(ORB) is below 10-15 sec/sec. 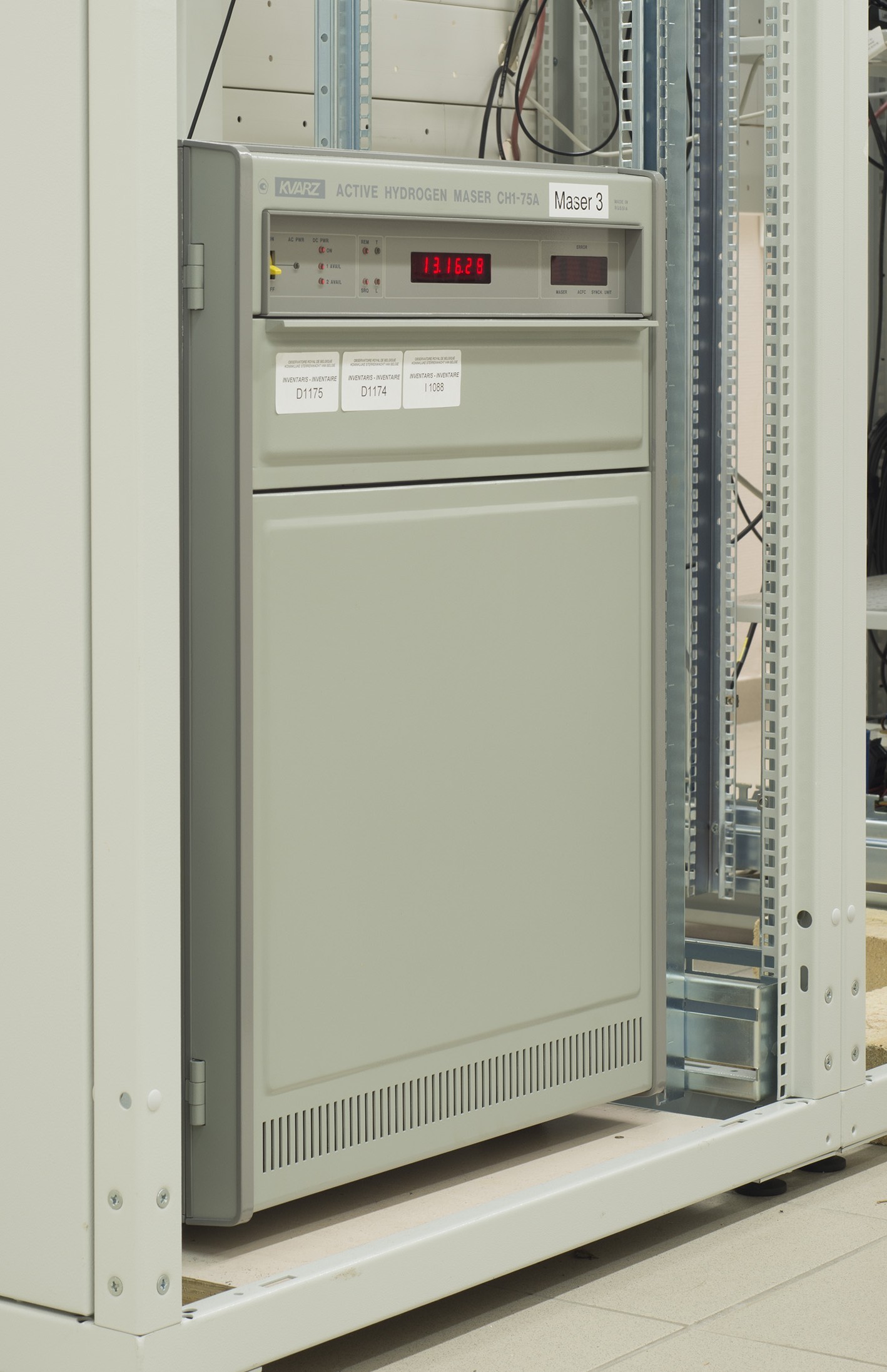 Master clock for the realisation of UTC(ORB): active hydrogen maser.